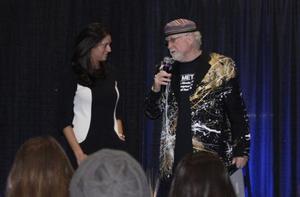 Salem is recognized at home and abroad for the profound impact her company and products have made in the fight to reduce and eventually eliminate malnutrition in children.

At an evening event on the Met campus, more than 70 well-wishes, including friends, family, and Rhode Island business people joined in celebrating her dedication, and single-minded purpose.

During the evening, Met alumni and current students spoke about their Met entrepreneurship experiences, and described how local entrepreneurs, including Hall of Famers were not only role models, but also generous givers of their time and counsel.